5 temples off the beaten track

Luang Prabang is renowned for its temples and during the peak tourist season some of the more popular sites like Wat Xiengthong and Wat Sene can get quite crowded. If you’re interested in discovering some fascinating and significant temples that are a little further away from the main street, we have some suggestions for you. 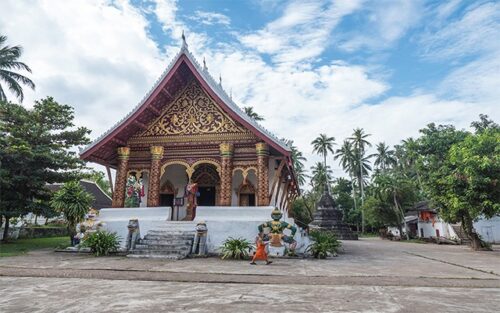 This temple, also known as the ‘Monastery of the Open Hearted’, is often overshadowed by its next door neighbour, Wat Visounarath, which is one of Luang Prabang’s most famous and oldest temples.

Wat Aham is believed to have been first constructed in 1527 but the current building dates back to 1818. There are a couple of mildew-covered stupas in front of the temple which house the bones of people of influence from the past, but what makes this temple truly unique are the two gigantic Banyan (Bhodi) trees that take up a considerable amount of space in the grounds. If you are looking for shade on your temple walking tour, this is the place to lap it up!

These trees are not just beautiful to observe – but they are also culturally significant to the town, as locals believe the trees house the Thevatuluang – the guardian spirits of Luang Prabang. A former king carried the trees as saplings from India in the 1950s and had them planted in the temple grounds. 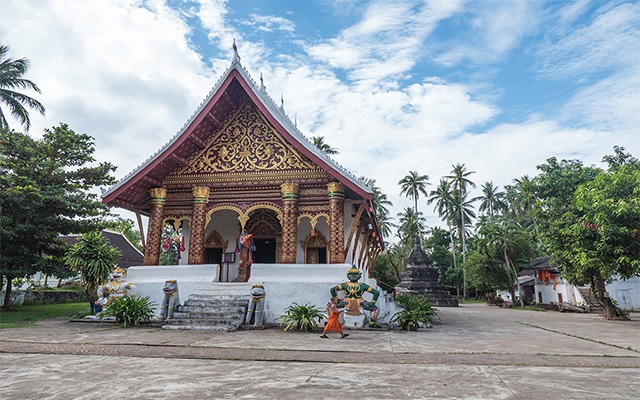 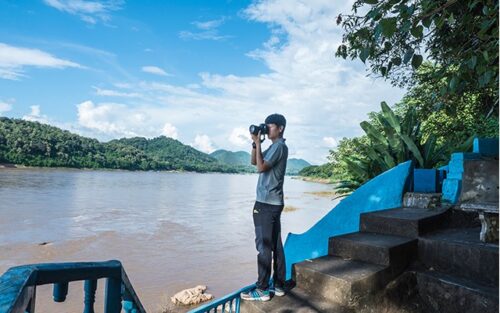 Blending Lao and Vietnamese architecture, this slightly gaudy temple is one of the most unique in Luang Prabang. It’s rough around the edges, or as we like to say, full of character! The temple consists of a main meditation hall as well as a central, oblong building which houses a golden reclining Buddha.

At the back of the temple you’ll find a staircase leading to a small balcony overlooking the Mekong River – making it an ideal place to watch the sunset as you listen to monks chanting in the fading light. On the same side you’ll find a giant Buddha footprint, with its own small concrete cave, where locals go to make offerings.

Definitely head to this temple in the late afternoon so that you can enjoy the colour-show over the Mekong River and be sure to stop by and say hello to the local men who play pétanque in a small clearing adjacent to the temple every evening at sunset. 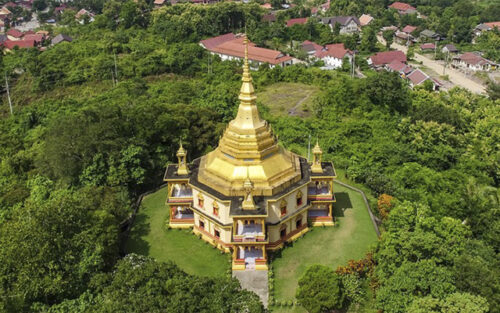 It can’t compete with other temples in town when it comes to history, but Wat Paphonphao wins points for being a visual spectacle that sits above the city centre, glowing golden all day long. The temple consists of an octagonal structure with ornate balconies and window frames – as well as a thin golden spire. Inside you’ll find brightly painted depictions of heaven and hell.

The other thing that makes this temple worth visiting is its lush forest setting. Whether you go there to enjoy the coolness of the trees on a hot day, or for a bath of golden light at sunset – we think Wat Paphonphao should be on your temple ‘must see’ list.

Wat That Luang – also known as the ‘Monastery of the Royal Stupa’ has deep connections to the royal family. It is believed that some of Luang Prabang’s first monasteries were located on the site, which sits above the old stadium on a large area of elevated land. The current temple was built by King Manthatourath in 1818. Up until 1975, the site was used as a place to hold funeral rites and cremate some of the country’s highest dignitaries.

Due to the large number of monks and novices who live at this temple, it’s a great place to go to observe Buddhist rituals and daily life. There’s an elevated tower at the front of the temple were you can witness young monks beating a large buffalo-skin drum at 4pm on the full moon and dark moon. If you time your visit ahead of the Boat Racing festival in August/September, you can see local men working on their boats and painting their paddles. 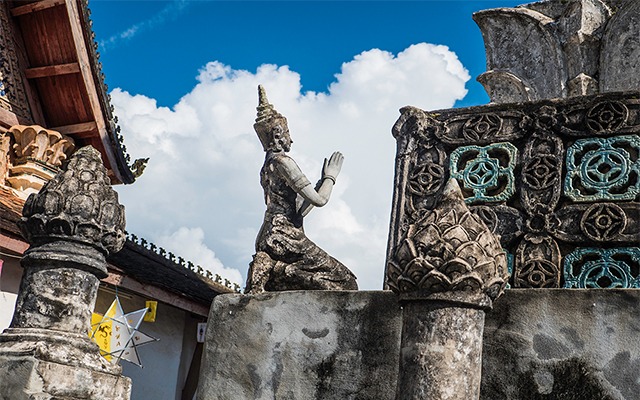 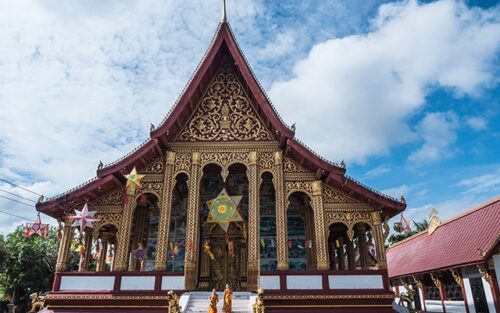 Many tourists overlook Wat Manorom as it’s not located near the main street but it happens to house the oldest known Buddha image in the country. The image is believed to have been created back in 1378. Originally it weighed 12 tons before being partially destroyed during the plundering of the town by the Black Flags in 1887 and during the Franco-Siam fighting in the late 19th century. Rumour has it that the original Buddha’s arms were taken by the French. When the temple was remade in 1972, new arms were created from cement and the statue was enclosed to protect it for the future.

Manomai road, which is where you’ll find the temple on the southwest side of the town, is a very interesting stretch that’s worth wandering down. You’ll find delicious duck noodle soup towards the Kitsalat Road end, as well as a motorbike accessory shop, boutique guesthouses – and the Immigration Office, which is located at the Phouvao Road end of the street. 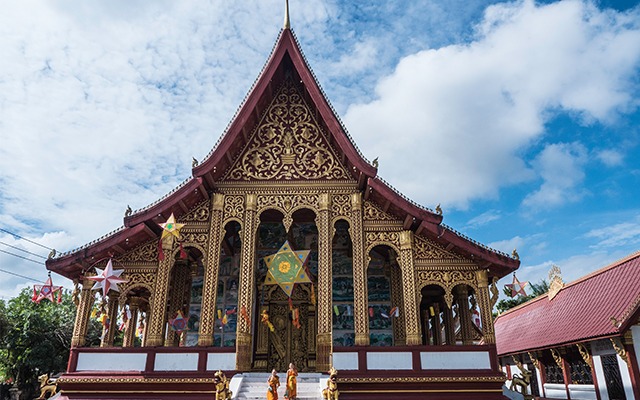